Some joker wrote Karl Marx on the wall. Then some other joker crossed out Karl and wrote Groucho. Then a third joker crossed out Groucho and wrote Richard (which is probably where I would have gone with it). Then some joker who didn't understand the game very well crossed out Richard and wrote Dick (unless maybe I don't know who Dick Marx is). Then the king of all jokers came along and crossed out Dick and wrote Skid, and appropriately no one has touched it since. The editing process at work above the urinal in Cafe Solstice, Seattle, Washington, USA.

What am I doing here? Thinking about how my parking meter has expired, feeling obligated to go to yoga and write, neither of which I want to do. I've been doing a lot of not-thinking too, curled up in a chair in the corner, half expecting someone to come along and tell me to get my damn shoes off the seat. People sit there, after all. It's inconsiderate, and I know this. It's just that I'm comfortable, and I wouldn't really care if someone else did it--especially if they looked like they needed it.

Eek the Freak was here a little bit ago.  "My thumbs are glowing," he told me as he typed a poem on his phone.   He confessed (it sounded like a confession) that he's been seeing halos again.  He calls them energy packets.  He said he sees them emanating from the head and shoulders of people. He said they look like shadows of light, if that makes any sense, and they're harder to find when he looks for them.

That last bit put me in mind of the law of reversed effort, which I was reading about in The Wisdom of Insecurity, by Alan Watts. In typical fashion, Watts didn't really explain this "law," but he seemed to take for granted that I would know what it is, and what I took it to mean is that the harder we try to do something, the more we tend to get in our own way, the more we suffer. Seems I sort of got it right. A quick search led me to this quote from Aldous Huxley:


There is a Law of Reversed Effort. The harder we try with the conscious will to do something, the less we shall succeed.
Proficiency and the results of proficiency come only to those who have learned the paradoxical art of doing and not doing, or combining relaxation with activity, of letting go as a person in order that the immanent and transcendent Unknown Quantity may take hold.
We cannot make ourselves understand; the most we can do is to foster a state of mind, in which understanding may come to us.

I tend to think he's right, and it leads one beautifully to to the inquiry: Who am I?  If you let go as a person, who is there to even foster a state of mind, let alone employ a will or make an effort?  And as I write this, I find myself aware of not trying, and that IS yielding something--not just the words rolling out on the page, but also a feeling of peace and expansiveness and ease. I'd rather not say more about that right now, so I'll share with you the poem Eek just emailed to me:

What's experience?
A hot demitasse
Between thumb
And the fingers
You sniff?

And we have the nerve
To feel about all this?
Well sure we do.
Go easy you ruthless bastard.

No one
Gave you permission.
No one
Held out his hand,
And outside came in.
The sky fell on your head,
And the distant train
Rushed through your heart
And blew it into one million
Colorful flowers,
And seeing yourself among them,
Falling,
You found yourself back in the room,
Strangely deceived
By that old bag
Of skin. 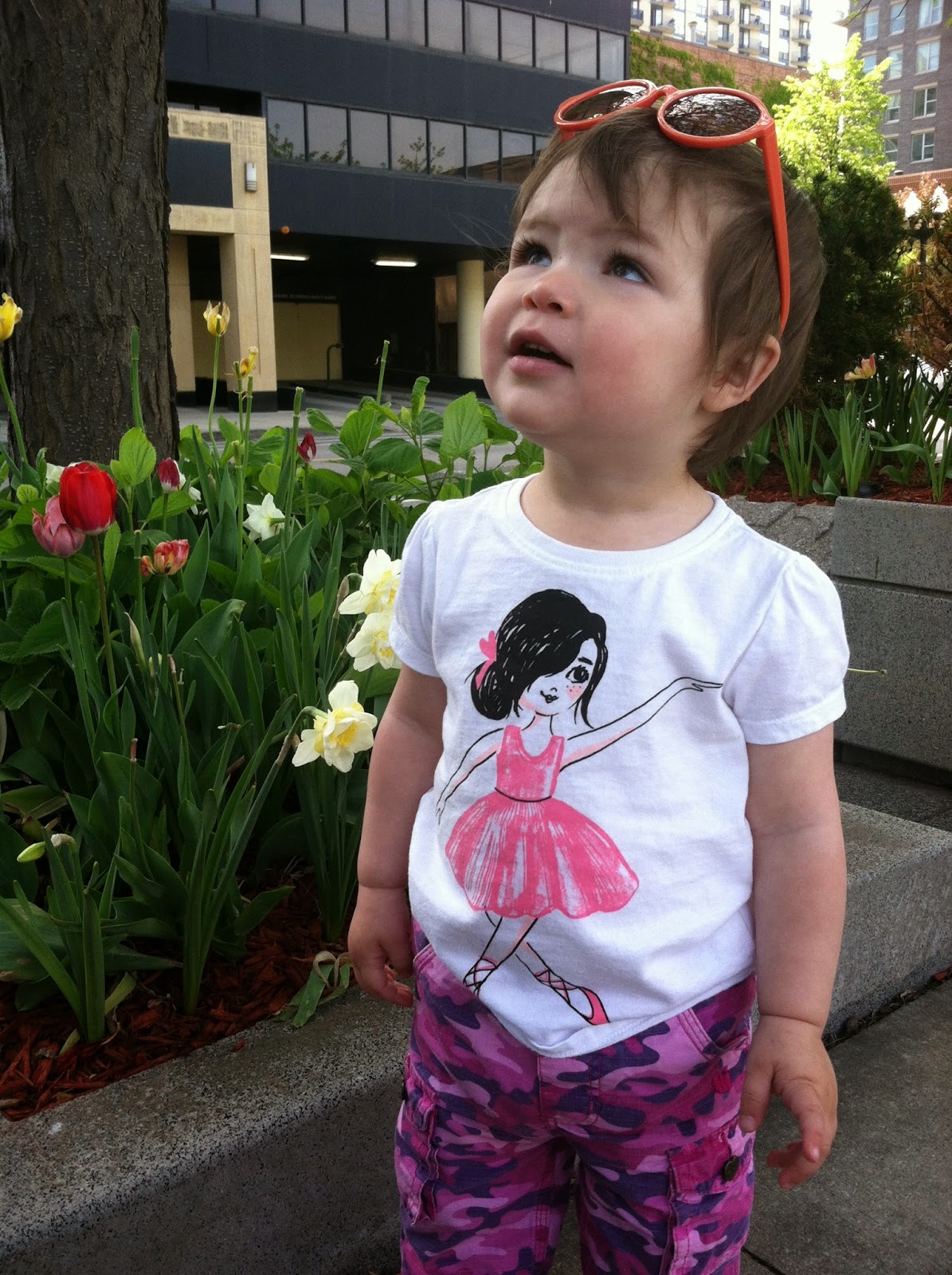 P.S. I looked up Dick Marx.  Wikipedia tells me he was an American jazz pianist and arranger and also the father of Richard Marx.  If that's what was intended, it's too obscure for me and not far enough from Richard Marx to really work.  Once again, the bathroom editors got it right.  There's your Tao, right there.
Posted by David Driscoll at 3:47 PM No comments:

My contributor's copy of the Spring 2014 edition of Witness is here. 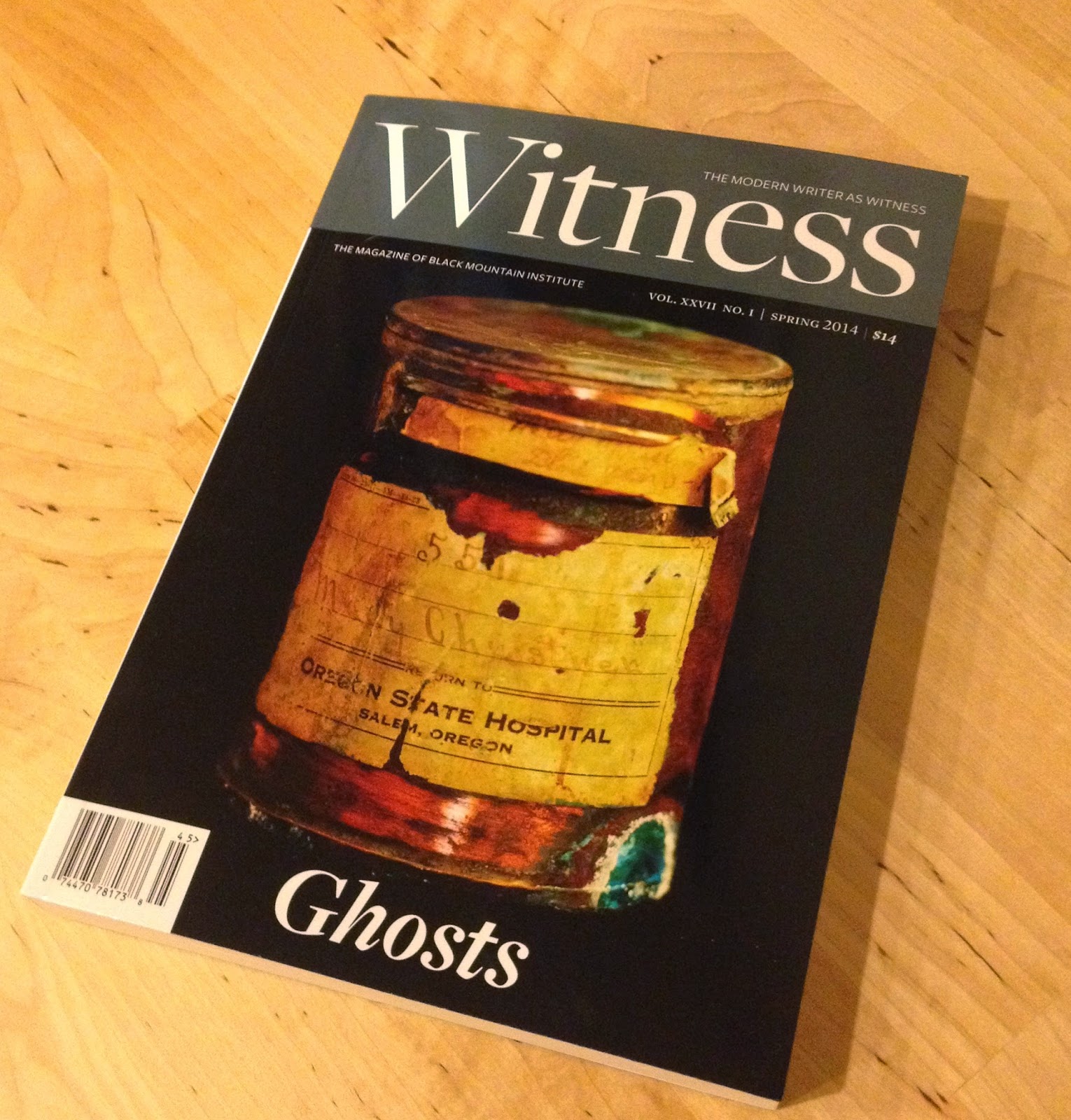 It looks great, and it reads great, and I'm pumped to have my story, "Orphans on the Moon," included in such a fine production.  The issue's theme is Ghosts, and you can order your copy here.

Thanks to all the hard work from everyone at Black Mountain Institute, and congrats to my fellow contributors, who have seen so much.  The modern writer as witness, indeed!

* * *
Thanks for stopping by!  Sign up to get the blog by email at the right hand side of the page, and if you're looking for other places to find me, I've been known to haunt Twitter, Facebook, and LinkedIn.

Posted by David Driscoll at 4:11 PM No comments:

Hey everyone.  I'm long overdue in announcing the publication of my conversation with Kate Blakinger over at the New Stories from the Midwest website.  The editors at NSM decided to call it "Outsiders" which has a multivalent appropriateness.  In the conversation we set out to talk about our experiences writing in and about the Midwest from the position of people who came to the region from other places, and along the way we began to explore how the process of fiction writing can bring you from the outside to the inside of an experience, including the experience of yourself.

Working with Kate was an absolute treat, and I'd like to thank series editor Jason Lee Brown for his vision and drive to give us this platform.


Posted by David Driscoll at 5:35 AM No comments: