What? What's that, he said? He's gone gopher?

What would that even mean?

No. I've gone O-fer, as in no stories published or accepted for publication throughout 2012.

Have I been submitting?

Yes, though maybe not as aggressively as in previous years, and I did make a self conscious effort to try and step up to the the next tier of literary publications.  The air, apparently, is pretty thin up there.

So there are my excuses.  Here are some of the highlights:

1. Longest Reply Time: Fiction sent me a rejection fourteen months after I submitted to them.

2. Shortest Reply Time: Subtropics sent me a rejection four days after I submitted to them. 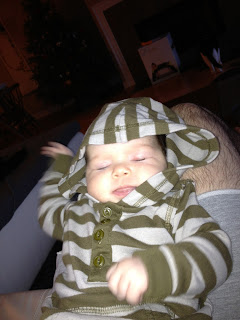 We're calling her Baby G and plan to push her hard in this direction.  By the way, did you know Justin Bieber got his start busking on the church steps to raise money for a round of golf? 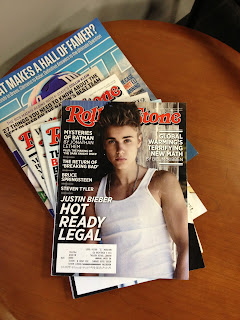 That was as far as I made it through the article before my father-in-law's rental truck was ready, but let me say that Rolling Stone is really doing some interesting work. Is it too obvious to point out that JB could stand for Jail Bait? As a Family Guy extra says to Lois, "He's perfect. He's like a boy AND a girl!"

4. Close but No Cigar: Got great feedback from One Story and A Public Space, two top tier lit mags. Both encouraged me to send more work.

What does all this mean? Probably best not to draw conclusions as I'm not about to stop submitting. I do however plan to spend more time in 2013 making things other than stories. I stained and painted these boxes, one for my wife and one for my sister-in-law, and gave them as Christmas presents. 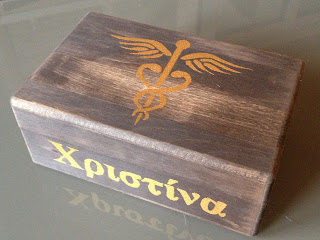 It's so much more satisfying to give your work to people you love than it is to punt your stories into the deep space of the literary field and get a rejection in return. 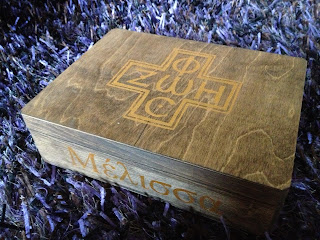 Then again, stories do get accepted from time to time, and it's pretty effing sweet when a someone you don't know steps up and says, I like your writing.

Maybe this year someone will publish my collection of short stories. It's out there now--praise be to William Faulkner--and you should email me if you can help (or if you know a guy who can help).  The collection is called Orphans on the Moon, and features work published in TriQuarterly, Mississippi Review, and New Stories from the Midwest 2011.

Or maybe someone will buy the AWESOME movie I'm writing with Jed.

Or maybe some all-powerful agent will swoop down with her white wings and read to me from her golden scroll: YOU ARE BOUND FOR LITERARY GREATNESS, AND WITH THE AID OF MY FLAMING BLACKBERRY AND MAGIC ROLODEX, I SHALL LEAD YOU THERE.

In the meantime I'll be here working on my novel, making things, meditating, doing my yoga practice, and playing with my daughter.

Need more email? Who doesn't? Sign up to get the blog by email on the righthand side of the page.  You can also follow me on Twitter, Facebook, and LinkedIn.  Too much work?  Too much commitment?  Why not just tap the "Like" button below then?  You can spend the rest of your day buoyed by the knowledge that you helped a brother out.

Posted by David Driscoll at 8:06 PM