It’s take your daughter to work day.  Didn’t know that?  Well, maybe that's because your daughter didn’t collapse on the floor and refuse to move when it was time to put on her jacket for school. 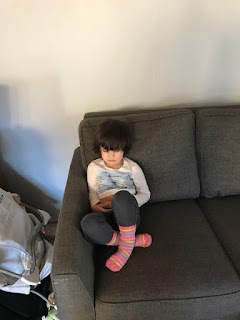 Only does he have to go to work?

C'mon, kid. Dad has to go to the coffee shop and maybe work on another blog post, a writing effort that that will garner him no income, that will not lead to a book deal, that will not help him sell the movie he’s writing.

You’re only four, kid.  Do you even really need to go to school?  There are experts and judgmental moms the world over who say I leave you there too long as it is. I’m sorry kid.  I’m doing my best.

Why is it that I feel this need to write?  Why do I feel I need to do this thing I do almost everyday, where I dive into the stream of these words and every once in awhile send them sailing out into the world?

So now you are here, sitting next to me in this cafe, basically watching TV.  Are you rotting your brain?  Is it going to turn to goo and leak out your ears like I often tell you it will?  We won’t be here too long (I tell myself).  It won’t be long before you get hungry or tired or finally get bored of watching Kate and Mim-Mim romp in the purplelicious bubblegum kingdom of Mimaloo. 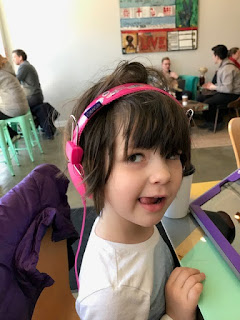 But for now I sit next to you, your dad. Your forty-year old dad with a back pillow to aid his aging spine.  This broken-down yogi.  This discouraged writer.  This dad who feels like he is failing you day in and day out with his lack of patience, with his insistence on following his own rigid agenda, with his tendency to write about himself in such self-pitying ways.

Wasn't it a victory, though, that we made it here, kid? This morning when you were lying there on the floor, I felt like I was faced with two options: pick you up, jam your arms into your coat, and carry you crying to your car seat, or go off by myself to sit and sulk.

It wasn’t until it occurred to me that this feeling in my face, this feeling that my face and maybe my entire head and neck might explode atop my shoulders, was trying to tell me something.  And so I did what I’ve been trying to learn how to do.  I let myself really feel it.  I reminded myself that it, like every feeling, was pointing me towards something, a signal, and so I tried to welcome it as a teacher, and it told me that what mattered was not whether I got to spend my day at the cafe reading Karl Rahner, writing another blog post, or working on that short story I’ve been hiding from for the past several days.

What mattered was staying with what was happening at that moment, realizing that I had a sad kid who really didn’t want to go to school and a frustrated dad who wanted to go to work, and a newly crawling baby who was going to fully occupy her grandmother for the day.

So what did I do, in between the Scylla and Charybdis of shutting myself in the office and forcing you to go to school?

And you, kid, seeing with your untutored wisdom that this was a new way, the third way, a never-before-imagined possibility, said, “Ok.”

And we went to the store, and we started to have fun at the store, didn’t we?  The field of possibility was open once again.  We were out in that open field beyond the plans and fixed expectations of how the day was going to go.  And as we drove home from the store, a vision that we might come here, to the coffee shop together to do our as-yet-uncreated thing, bloomed in the now free space in my mind.

Maybe you are going to watch too much damn Kate and Mim-Mim today, and maybe later in the day, I’m going to come up against something where I can’t adjust, where I can’t let go, and we are going to have a big blow-up fight.  But for now, at least, we are here together, co-creating our day, trying to stay in the open field, trying to remember that our plans aren’t going to protect us from as much as we think, and that we need to remain ever responsive to the living flux of what is, whatever that may be. 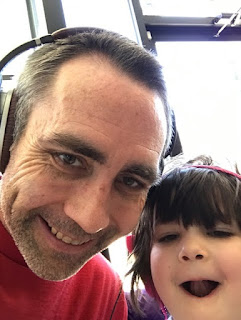 Thanks for stopping by!

Writing Down to the Ground of Being 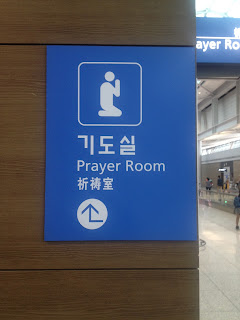 I just read the first few chapters of Karl Rahner’s* book Encounters with Silence, and it brought me from a place of scattered frustration and confusion to a sort of centered stability in my heart space. Interestingly enough, my experience reading seems to mirror the essays themselves, as in each of the short pieces, which are structured as prayers to God, Rahner's focus seems to shift from a concern with his alienation and insufficiency to a sort of security born of acceptance of his limitations and surrender to the incomprehensibility of the divine mystery.


It's a subtle shift, one of tone, and I'll admit that I might be guilty of projecting on the theologian. But I found something beautiful in the parallel with my reading experience, and as I reflected on it, it struck me that the “free writing” I’ve done throughout my life--whether I’ve thought of it as literary experiment, a way to warm up in preparation for my “professional” writing, or simply as a private journal--is actually an ongoing prayer.

It may seem unlikely, but by diving into the compulsive thoughts running through my mind, channeling them through my hands, and marshalling them into sentences and paragraphs, I’ve always had a fairly reliable way to move from a space of constraint to one of expansive freedom. Indeed, it may not be too strong to say this was the primary thing which initially attracted me to writing, and even before I began to think of myself as a writer, I would use a journal at various times of major upheaval.

When I was younger though, I used to believe that I was actually working out solutions to my various problems, coming up with epiphanies which I would then convert into strategies for changing my life. Why did my girlfriend break up with me? Eureka! I drove her away with my insecurity about our relationship. So all I need to do now is resist any temptation to show her my neediness. Strategy: if I start to call her in tears, I will hang up and punch myself in the face. Of course, these strategies never actually worked--most of the time I’d be lucky (or unlucky) if I even tried them out once.

But what I’ve come to realize is that something happens in the process of writing itself which helps me to transcend rather than solve the the problems and situations I’m describing. Writing in this free, discursive way somehow reveals the fact that any given set of personal problems are always only limited stories that imperfectly describe a tiny portion of my life’s territory. This is not something that comes through an analysis of what's been written, but a change of being that comes through the act. Through writing, I fall into a vaster perspective that often makes any one take on a given life situation seem so narrow as to be untrue or at least irrelevant.

This, of course, is also one of the ways silent meditation works. During the practice of meditation, we engage in the practice of not reacting to compulsive thoughts, letting them go, so that we can be open to the transformative potential of what lies below the surface of these thoughts, and over time, this ability spills over into the rest of our lives. But what I saw clearly today while reading Rahner’s book, both journaling and discursive prayer can actually lead to the same type of experience. By engaging with the flow of our words in an intentional and sincere way for an extended period of time, we touch something healing underneath the poor words themselves, maybe even the primordial word, the Logos of John's gospel or the sacred Om out of which the universe arises. 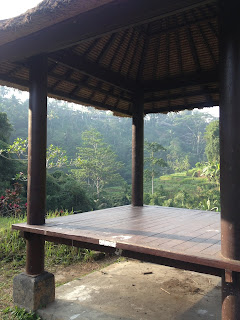 Could it be that this is one of the reasons in religious education we are first taught discursive prayer and practices like the Rosary? Because the forms help to occupy our thinking faculty while keeping our intention set on communicating something vital, giving us a chance to eventually perceive a deeper, sub-verbal level of discourse with reality that is actually going on all the time? This is what I often experience when I write deeply and freely, and it is not uncommon for the words to fall away altogether as I work, inviting me to let them go in favor of a more profound silence. What would it be like if we could learn to shift our habitual attention from the flashy display of our thoughts, feelings, desires, and aversions to this current of soundless sound? Perhaps this shift what Paul intended when he gives us the impossible charge to pray without ceasing (Thessalonians 5:17).

Not only are these associations helping me to understand some unforeseen potential value of discursive prayer, I can also now understand why journaling is so often recommended as a companion to psychotherapy as well as various forms of spiritual practice. While I was long ago able to discover for myself that free writing or journaling helped to calm my ass down enough to overcome the terror of launching, day after day, into long-term writing projects, as a form of psychotherapy or spiritual practice, I’d always looked down upon it as weak tea.

I was critical because I believed that journaling might cause others to do what I used to do, namely reinforce the erroneous belief that we can transform ourselves through our narrow self wills, that we can work out solutions to life situations as if they were problems on a sheet of math homework, and make us myopically chase the shadows of our discontent rather than engage productively with our deeper fears. And while journaling or free writing or even discursive prayer could in fact do this on one level, it may be that given enough time and practice, we will realize that, as with everything else, it is through our engagement with the work itself and not through receiving the fruits of our work, that we find our path to liberation. 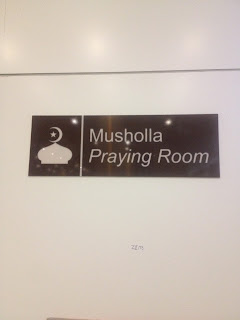 *Karl Rahner, professor of Dogmatic Theology at the University of Innsbruck in Austria, is one of the most influential Catholic theologians in Europe at the present time. His contributions have been highly esteemed not only by his Catholic confreres, but also in scholarly circles outside the Church (From the Foreword to Encounters with Silence).